Skip to content
Previous Next
HOPE IS NEEDED IN EVERY LANGUAGE

What comes to mind when you hear the word HOPE? In the past six years that word has taken on a new meaning for me. 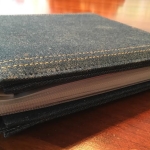 The first thing that comes to mind when I hear it today isn’t a definition, but faces. I see a mental photo album of beautiful girls and women I’ve been privileged to meet in the fight against sexual exploitation.

Some of the faces have been in the album for years, while others are relatively new. They vary in age, race, and background. Just like me and you, they all come with their individual stories; however, their stories have chapters that would read more like a horror story and keep you awake at night.

This week I’ve had the opportunity to touch base with several of the Hopes I’m privileged to serve. They’re in various stages of recovery and, unfortunately, some of them have gone back to the life.

People often ask why a girl would return to a life of sexual exploitation once she’s been rescued. The Toolkit to Combat Trafficking in Persons states is well,

Women and girls who have worked in the sex industry usually do not share their real experiences with their families and communities, because they feel ashamed. They may also feel alienated from their families owing to the often humiliating experiences they have gone through. At the same time, the community may look down on them, considering them to be spoiled and unfit for marriage and as having a corrupting influence on other young people. Some of them may look for a way out by returning to the sex trade as sex workers or by becoming recruiters themselves.”

Not only does shame and alienation play into their return to the life, but some were taken into the sex trade at a young age and were not allowed to complete school. As a result, they have no marketable skill set to find employment which would yield a livable wage. As a result, they feel trapped and, therefore, return to the only thing they think they’re able to do.

Most victims of sexual exploitation form a trauma bond to their trafficker akin to the Stockhold Syndrome seen in victims of domestic abuse.

These are just some of the reasons we see girls return to a life of sexual exploitation. As you can see, there isn’t one simple answer to the question often asked, Why would they go back?

Thankfully, many of the Hopes in my life have overcome a great deal of their trauma and are moving forward in their healing. This week I got updates from several of my girls that are celebration worthy:

There are more Hope that I serve and many more stories I could share, but today I wanted to give you a small glimpse into this proud mama bear’s heart.

Many people look at my girls – and the countless other Hopes out there, both female and male – without realizing they are only seeing a glimpse, a page in their story. Don’t make judgment calls on the glimpse you see. Realize there is so much more to the story.

Be willing to invest in the fight.

It is so worth it. A life of freedom is worth it. Be the Key!