Skip to content
Previous Next
“CAN YOU BRING A SURVIVOR WITH YOU TO SPEAK?”

How did you celebrate the Fourth of July this year? Did you take in a parade? Have a barbecue with family or friends? What about fireworks? Did see any of those? 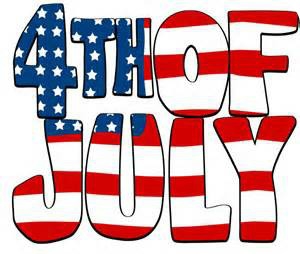 I always find it interesting that one of the biggest acts of celebrating our country’s freedom- that was bought and paid for by the blood, sweat, and tears of soldiers and is still kept safe today by them-  can bring extreme torment to the men and women who sacrificed so much already.

What do I mean? Fireworks. It is known to trigger Post-Traumatic Stress Disorder, or PTSA, for soldiers. You can read more about it here.

Did you know that many victims of sexual exploitation experience PTSD as well.

There have been research studies done in a variety of countries that support this finding. Researchers from the Institute of Psychiatry, Psychology & Neuroscience (IoPPN) at King’s College London, England did as study and found the following. They:

While fireworks can trigger PTSD among soldiers, there are a variety of triggers that can cause a victim of sexual exploitation to experience an episode of PTSD. One of the most common triggers is when they retell their story.

Think a very stressful time in your life or a really sad time in your life, especially if it is recent. Did it conjure up any feelings? When you first started recalling the event with friends or family, did it impacted you?

I remember when my brother, Steve, almost died due to a misdiagnosis. The night he almost died was very traumatic for me. I continued to press the doctors and nurses until something was done for him. They later said that’s he could have died. Whenever I used to share what happened that night, my heart would race and anger would well up in me because of their lack of care prior to me stepping into the situation. It was like reliving it all over again.

The same is true for victims of sexual exploitation. When they first start speaking about their experiences in the life it is very traumatic for them and can cause them to spiral into huge bouts of anxiety, depression and even suicidal thoughts. That’s the main reason I never ask a survivor to speak at an event. To do so would be to choose to traumatize them all over again.

Now, you may be saying,

Susan, we just saw you posting about speaking in Washington DC with a survivor.”

That is true, I did; however, she came to me and asked for the opportunity to speak with me. She had been doing some speaking and wanted to broaden her platform. We talked before the event multiple times. I continued to check on her throughout the conference. I even texted and called her multiple times the days following to make sure she was doing okay and even with all of those steps to ensure her mental health, afterwards she said,

Thankfully, we were able to locate some help for her. She’s now connected to people in her state she can talk with and work through some of the trauma brought about by sharing her story.

I’ve lost count of the people who have asked me to bring a survivor to share her story whenever I speak. Now you know why I typically tell people no. It is important for survivors to work through their trauma and develop a support network and coping mechanisms. This can take years and for some it takes a lifetime. There are survivors who speak and that is their choice, but they have established a level of self care that protects them through the process. I applaud those who do because it takes great courage and strength, but I’ll never ask them to do so.

If you ever hear a survivor share his or her story, make sure you take the time to speak to them. Encourage them. And if you’re a person of faith, then pray for them. Be the Key!