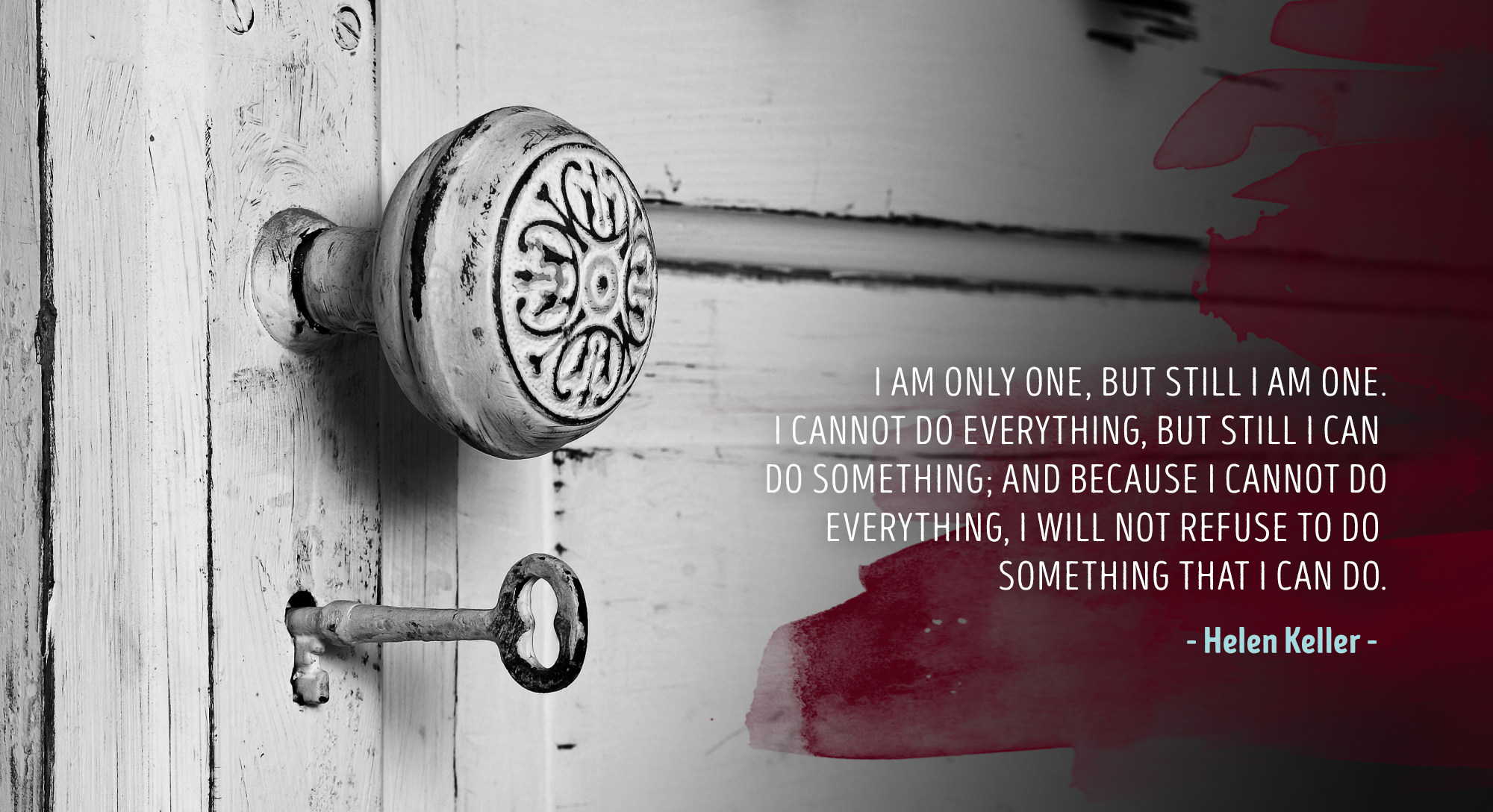 Are you interested in becoming an intern with Rescuing Hope?

Human trafficking is said to be the largest growing criminal activity in the world. It is quickly becoming more lucrative than drug sales, simply because the product traffickers sell is not a consumable product. When a trafficker sells a girl, he can sell her again, and again, and again. It is easy to see how human sex trafficking has become a multibillion dollar industry.

While most people assume those who fall victim to such heinous crimes are from third world countries, reality shows many of the victims come from our own cities and neighborhoods.

There are varying statistics as to how many people are sexually exploited in the United States. While there’s no way to verify statistics due to the nature of the crime, the estimations available are staggering and cause us to feel helpless to do anything to stop it, but we’re not.

We need to educate ourselves on the issue and then share what we learn.
We need to step in to the fight in some way, large or small. 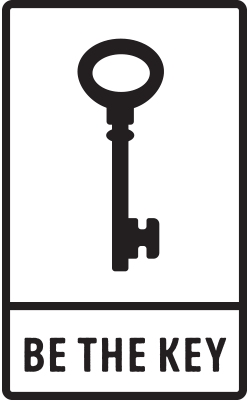 Symbols and phrases are often used to identify organizations. We wanted whatever we chose at Rescuing Hope to have depth and meaning to it. Keys are used to unlock things: doors, windows, and boxes, but also potential, hopes and dreams. When something is said to be key in a situation, it means it is important, critical, necessary.

I’m needed. You’re needed. We’re all needed if we’re going to win the war against sexual exploitation. The choice is yours. Will you offer your time, talents and resources to the fight? Will you engage? Will you Be the Key?

WE WOULD LOVE TO HAVE YOU SERVE AS PART OF RESCUING HOPE AND YOU CAN DO SO BY FILLING OUT OUR VOLUNTEER FORM!

We also recognize you may find a connection with another organization. Below is a sampling of organizations fighting this issue on the front lines. Whether you’re interested in the fight for tougher penalties for traffickers and purchasers or looking for a way to invest in rescued girls, there’s a place for you.

Click on any of the organizations below to find out how you can be a key!

4Sarah is an “organization whose mission is to empower change in the life direction of women and girls who are adult entertainers, prostitutes, escorts or victims of sexual exploitation by offering a holistic approach as well as an educational, emotional, physical and spiritual support system.”
VISIT SITE

BeLoved Atlanta serves a community of women who have survived prostitution, trafficking, and addiction. BeLoved provides the only two-year residential home and program for women affected by both sexual exploitation and addiction, 18 and older, in the city of Atlanta.
VISIT SITE

When confronted with the horrific statistics surrounding human trafficking, it is easy to agree on the fact that ‘someone should do something.’ The A21 Campaign was born when the decision was made to raise our hand and be that “someone.” It was a decision of ordinary people who decided to take responsibility regarding the issue of human trafficking.
VISIT SITE

The Table on Delk

The Table on Delk provides a safe place for those who are being sexually exploited to have a meal and make meaningful connections with volunteers who desire to show them the Father’s love.  By showing them His love through genuine interactions, telling them that their lives do matter and that He has a plan and purpose for them, some of those we serve will take steps toward healing and restoration.

Change Purse encourages hope through raising awareness and by financially supporting faith based organizations that provide hope, healing and restoration, through their direct work with victim and survivors of sex trafficking. Change Purse donates profits generated through collecting donated purses that are new or like-new condition and selling them via the online store, awareness events, and home parties.
VISIT SITE

Georgia Cares is the single, statewide coordinating agency for connecting services and treatment care for victims of child sex trafficking. Georgia Cares serves all youth, boys and girls, up to age 18, who have been sexually exploited or trafficked in the state of Georgia. We believe that youth who have been trafficked can be restored to safety, health, and well-being when they are recognized as victims of sexual abuse and supported with appropriate treatment.
VISIT SITE

HavenATL is dedicated to serving women who have fallen victim to commercial sexual exploitation through education, case management, counseling and outreach. We want to see the city of Atlanta free from commercial sexual exploitation and the damage it causes to communities, families and individuals. The program uses a community drop-in center model and primarily serves women 18 years old and up.

Atlanta Redemption Ink, INC. (ARI) is a  survivor led 501c3 Non-Profit Organization. Our mission is to restore dignity to survivors of exploitation, trauma and abuse by taking marks of HURT and turning them into DEPICTIONS of HOPE and HEALING.

We provide minors and women who have had gang symbols forced on them, sex trafficking brandings forced on them,  self-harm scars, domestic violence scars or tattoos and have them removed by a reputable certified removal specialist OR give them an opportunity to have it replaced by a cover up  that symbolizes freedom, beauty and redemption in a safe environment.

Out of Darkness runs a 24/7 hotline with volunteers trained to answer rescue calls. Those volunteers will then activate responders who are trained to make contact with and offer rescue to trafficking victims. Victims will be offered a safe place to stay until they can transition to appropriate restorative services.
VISIT SITE

Polaris “is one of the leading organizations in the global fight against human trafficking and modern-day slavery. Named after the North Star “Polaris” that guided slaves to freedom along the Underground Railroad, Polaris is transforming the way that individuals and communities respond to human trafficking, in the U.S. and globally
VISIT SITE

Refuge for Women “is a 3-phase faith-based program that lasts 12 months. A safe place has been created for guests to experience healing with few distractions. There are 8 beds in a rural setting that creates a family atmosphere to work the program. The key aspects of the Refuge for Women program are sobriety, healing from trauma, rebuilding trust, and developing a relationship with Jesus Christ. A six-month verbal commitment is required from each guest entering the program.
VISIT SITE

Rise Up Ministries is a division of Justice Ministries, Inc. Justice Ministries is an organization committed to combating sex trafficking and sexual exploitation of women. Rise Up focuses on Awareness, Prevention and Support to woman and girls who are being sexually exploited. Our ministry includes teen events, strip club outreach and Hope Line. We are located in Charlotte, NC.
VISIT SITE

Street GRACE mobilizes community resources – financial, human and material – to help individuals and organizations effectively fighting CSEC through advocacy, prevention and restoration. It is the goal of Street GRACE to create a powerful movement that unites Christian churches with a wide array of public, private and non-profit entities in order to bring about the end of commercial sexual exploitation of children.
VISIT SITE

youthSpark is a campaign to stop the prostitution of children. Our campaign is addressing the issue through our four-tiered strategy of research, prevention, intervention and education.

Network for Cultural Change (NCC) is the tool that will enable anyone that wants to engage in this historical transformation and to work directly in the area of prevention an opportunity to begin. When we affect our cultural deficiencies for the better, we will see a drop in not only human trafficking but other crimes against humanity.

TraffickFree is an organization that builds awareness about domestic sex trafficking and sexually exploited children in the U.S. Our purpose is to educate students, parents, professionals and motel owners/staff on the red flags of trafficking and how to identify a victim.